by Lesley King | Choice, Step by step, What's Next, Why?

Unmade decisions clutter your mind. The thought is just hanging in the background waiting to be decided and shelved. 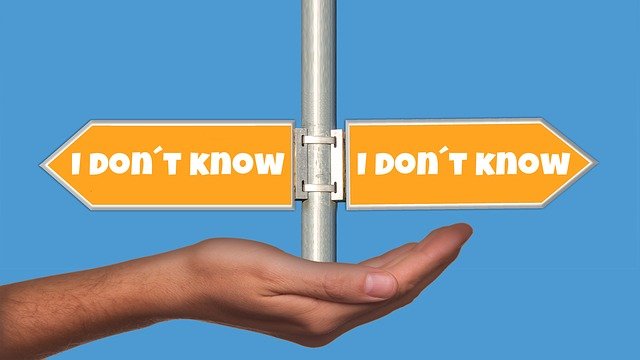 One reason people don’t make decisions is because they aren’t sure if it is the right decision.

Until you decide, you will not know if the decision is the right one.

Think of it like a card trick. Pick a card any card. 52 choices. How do you decide? Usually, you only see the back of the cards when you are choosing. It is an easy decision. Why is it easy?

What makes a decision hard? Consequences? If we think about the things we are deciding, there are very few that can’t be changed.

There are plenty of past decisions I can regret. That thought doesn’t help me. Instead, I look at the things I learned from those decisions. What I chose made me who I am today. I like who I am now. Does this mean I don’t make the wrong decisions at times? No. It just means that if it isn’t a good choice, I can find the lesson and still benefit.

When is I was ready for a new career I was stuck in indecision.

What did I want to do? I had no idea. I have so many hobbies and interests. How was I going to choose my next thing?

By this point, the job I had in film production was easy. I had done it long enough. There was very little that challenged me. I had my connections that called me regularly, I was good at the job and I could choose the jobs I took.

One of the things I needed to decide was why I wanted to leave this easy career and work hard to start a new one.

This decision was the beginning. Making that decision gave me a sense of calm. Once my mind was made up to look for my next thing, I could start looking. My new path had begun.

There were many decisions along that path but making that first one, got me started. It made my mind calmer. Now I could enjoy the new journey.

Before the first decision, my mind was so busy. Making that one decision opened me up to more decisions.

A calm mind makes it easier to see other possibilities.

Making that decision connected me with a coach. I didn’t know what a coach was but I listened to the friend that told me I should talk to her.  I looked at other careers but what my coach was doing interested me.

That first decision opened my mind to a new possibility.

I love what I do. It is something I have done all my life. I didn’t know it was a career. I just needed to have a calm mind to find it.

What decision do you need to make, that will start you on your next path?

I know there is the ideal career for you. You just need to decide to look.

I am here to help you on that path. It all starts with a free consultation call.

You can always change your mind.