I just got off a call with a client. She told me that yesterday was a busy day. She had a ton of stuff to accomplish. She got focused, looked at the time she had and then did the project that needed to get done in the allotted time. She was very proud of herself.

I asked her why she thought she got it done so quickly. Belief was her answer. She said she believed she could do it.

She was able to get it done because she believed it was possible. 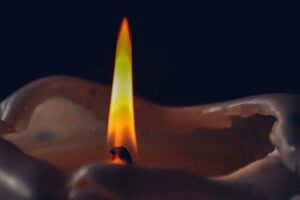 Belief is a powerful thing.

When we believe, we can make things happen. There may be some blocks along the way but they don’t stop us, if we stay in belief.

I know this is true. There are many things I have done that I had no experience doing but I made them happen because I believed I could.

I never entertained the idea that it wouldn’t work. I just believed I could do it. And I did.

I think back on all of the things I did without experience.

First there was film production. I was working as an editor and needed a change. Someone said you should try freelancing. I quit my job and started freelancing. It took a bit to get established but I held the belief the whole time. It worked. I was very successful freelancing in film production in three different markets.

Then I tried other things. I managed a Bed and Breakfast, started a catering business, designed and opened a coffee shop, worked as a fundraiser, and now I am an empowerment coach.

All of these things were new to me when I started them. I had to learn, fail and then learn some more. The whole time I held the belief that I could do anything. So, I have.

Change is hard for everyone. When we start something new we have to learn. Of course, there is failure along the way. Failure actually helps us learn. The trick is to keep believing you can do it the whole time you are learning and failing. If you do, you will succeed.

What do you need to believe?

I am here to help you believe anything is possible.

If you are ready to get on your next path sign up for a consultation call. Its free. Let’s figure out what you need to get you to the life of your dreams.